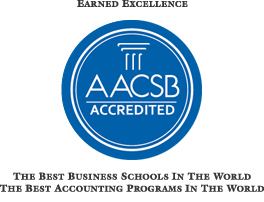 The Accounting Degree Review recently released its 2014-15 ranking of graduate accounting programs. Unlike most rankings which are based on a survey of a specific (or single) population (example: Public Accounting Report's ranking is based on a survey of professors), this ranking takes into account four different ranking sources to create a "super" or meta ranking.

Forbes recently released a ranking of best places for women entrepreneurs and Columbus ranked #7. Check it out!